Tune in to Rez Radio via iHeartRadio. 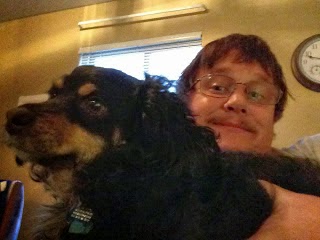 Jack's Tracks hits the airwaves this Sunday! Tune in at 4 p.m. Pacific Standard for three hours of local blues and jazz.

Listen! Jack says you can listen to Rez Radio in various ways. In the San Luis Rey River Valley: 91.3 FM. That's Pala, Fallbrook, and other points in the area.

REZ RADIO IS ALSO ON iHeartRadio.  iHeartRadio is the world’s largest radio station streaming source and is becoming a standard source for programming on many new vehicles alongside AM, FM and Sirius.  Free apps for all major smart phones and other streaming devices including iPad and Xbox 360 are available at http://www.iheart.com/#/apps.  Open your iHeartRadio app, search “Rez Radio” and save us as a favorite.

LISTEN LIVE ON ANY PHONE – In addition to our smart phone and online listening options, anyone with ANY kind of phone can now listen to Rez Radio 91.3 anywhere there is phone service by dialing 1 832 999 1123.  Provided by AudioNow, there is no cost for the service, but calls will use plan minutes.  Or if you’re calling from a land line, normal long distance charges will apply. (Area code 832 is in Houston, Texas.)

Check these shows that are heard on Rez Radio:

Mon 6p, repeats Fri 11a – “Back in the Day” – Doots and Darlene host an hour of personally selected music and reminisce about good times on the Rez in Pala.

Sat 10a, repeats Sun 8p – “Rockin’ the Rez” – an hour of eclectic folk, rock, native and many other styles of music and interviews with performers hosted by local musician Joel Rafael

Posted by Chris Carmichael at 1:02 PM No comments:

Jack has been busy sniffing and digging more music for his radio show. Music lists for the past month will be posted by Monday.

If you would like a pawtograph of Jack, please email Producer Chris. Jack will sign one and mail it out to you. He needs your mail address. (The address is not kept, so please don't worry that Jack will send old dawg bones!)

See you on the radio, this Sunday, on KOPA Rez Radio, Pala, 91bark3.

Posted by Chris Carmichael at 6:35 AM No comments: